Join the Emily Dickinson Museum  for an evening of vibrant poetry and dialogue on the vitality and importance of Black Lives and Black Poetics in contemporary America. Moderated by Enzo Silon Surin, founder and director of Faraday Publishing, this panel will feature leading Black poets, scholars, and educators, including Dr. Tony Medina, Bonita Lee Penn, Lisa Pegram, and Dr. Shauna Morgan. 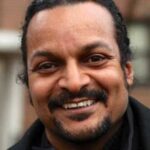 Tony Medina is a poet, scholar, and children’s book author. Born in the South Bronx, Medina earned a BA from Baruch College and an MA and a PhD in African American and American literature and creative writing from the State University of New York, Binghamton. He is the author and editor of more than a dozen books for adults and young readers. His most recent collections of poetry include Broke Baroque (2Leaf Press, 2013), a finalist for the Julie Suk Award for Best Poetry Book from an Independent Press, and the blues-memoir My Old Man Was Always on the Lam (NYQ Books, 2011), a finalist for the Paterson Poetry Prize. In his work, Medina explores the transformative intersections of racial and class struggle.  Medina has been featured in the Encyclopedia of Hip Hop Literature (edited by Tarshia L. Stanley, 2008) and was cited in the Encyclopedia of Rap and Hip Hop Culture (edited by Yvonne Bynoe, 2005). He has edited a number of anthologies, including Bum Rush the Page: A Def Poetry Jam (Broadway Books, 2001), named a Best Book of 2002 by the Washington Post. Medina is the recipient of the Langston Hughes Society Award and the first African Voices Literary Award.  He currently teaches at Howard University, where he was named the first professor of creative writing. Medina lives in Washington, D.C. 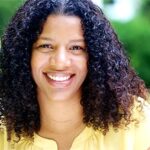 Shauna M. Morgan, poet and scholar, springs from a rural district in Clarendon, Jamaica and holds an enduring love for the Diaspora about which she writes. She has published scholarly works in Bulletin of the School of Oriental and African Studies, Journal of Postcolonial Writing, and South Atlantic Review. Her poetry has appeared in ProudFlesh: New Afrikan Journal of Culture, Politics & Consciousness, The Pierian, Pluck! The Journal of Affrilachian Arts & Culture, Anthology of Appalachian Writers Volume VI, Interviewing the Caribbean and elsewhere. Morgan researches and teaches literature of Africa and the African Diaspora at Howard University in Washington, D.C., and she lives in Virginia with her twin daughters.

Lisa Pegram is a writer, educator, arts integration specialist and literary publicist. Her chapbook Cracked Calabash was published by Central Square Press, in addition to poems and essays published by Random House, Black Classic Press and Poets.org, among others. She has over 20 years of experience in high-level program design for such organizations as the Smithsonian Institute, Corcoran Gallery of Art and National Geographic. Passionate about the arts as a tool for activism, she served as DC WritersCorps program director for a decade, and as co-chair of United Nations affiliate women’s conferences in the US, India and Bali. Lisa completed her MFA at Lesley University and has an Executive Certification in Arts & Culture Strategies from UPenn. A Washington, DC native, she is currently based in the Caribbean where, in addition to her literary pursuits, she is a personal chef aka food poet. Awards include: Larry Neal Writer’s Award Finalist; Uplifting Human Values Award (Art of Living Foundation) and DC Mayor’s Arts Award for “Outstanding Emerging Artist.” Her official website is: ladypcoq.wordpress.com 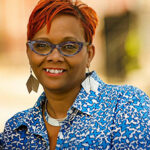 Bonita Lee Penn is a Pittsburgh poet, editor, curator and author of the chapbook, Every Morning A Foot Is Looking For My Neck (Central Square Press, 2019). Her work has appeared in JOINT. Literary Magazine, Hot Metal Bridge Journal, The Massachusetts Review, “The Skinny” Poetry Journal, Women Studies Quarterly, Voices from the Attic Anthology and her poem “When Lightning Rides Thunder Bareback” was the Solstice Editors’ Pick for the 2018 summer issue of Solstice: A Magazine of Diverse Voices. A curator of various poetry events, she is a member of the Pittsburgh Black Feminist Reading Group and Managing Editor of the Soul Pitt Quarterly Magazine. Penn is also co-curator of “Common Threads: Faith, Activism, and the Art of Healing,” a Pittsburgh-based art exhibit that examines the political, social, cultural, and aesthetic priorities of women of varying faith traditions. 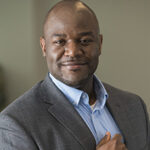 Enzo Silon Surin, Haitian-born poet, educator, speaker, publisher and social advocate, is the author of When My Body Was A Clinched Fist (Black Lawrence Press, July 2020) and two chapbooks, A Letter of Resignation: An American Libretto (2017) and Higher Ground. He is a PEN New England Celebrated New Voice in Poetry, the recipient of a Brother Thomas Fellowship from The Boston Foundation and a 2020 Denis Diderot [A-i-R] Grant as an Artist-in-Residence at Chateau d’Orquevaux in Orquevaux, France. Surin’s work gives voice to experiences that take place in what he calls “broken spaces” and his poems have been featured in numerous publications and exhibits. He holds an MFA in Creative Writing from Lesley University, teaches creative writing and literature at Bunker Hill Community College and is President and Director of Faraday Publishing.